Step one: calculating the tonal map of the chess board. The standard chess record is algebraic notation, which identifies each of the 64 chess board squares with a letter-number combination. Files are the vertical measure, and they are labeled a through h. Ranks are the horizontal measure and are labeled 1 through 8. 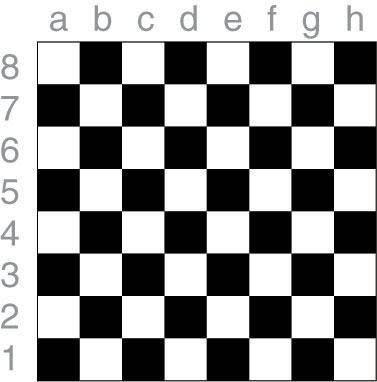 Our initial thoughts were 1) we're mad if we try to do this without German musical notation (which uses the note H) and 2) if we also use scientific pitch notation, we might actually be able to make a tidy map without thoroughly confusing ourselves! 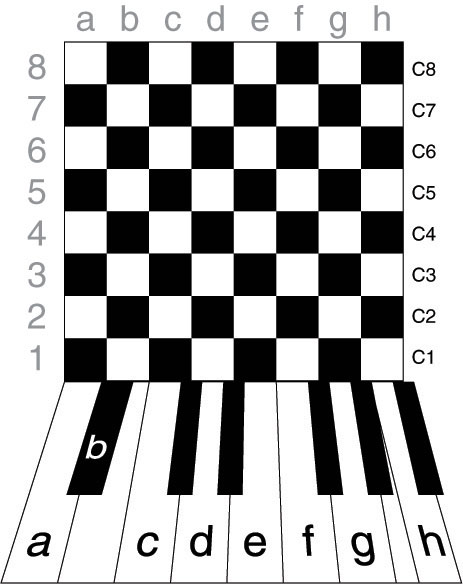 After that easy beginning, we had other questions: should every piece have its own disctinct instrument, a la Peter and the Wolf? And what about castling? What about a piece taking a piece? Should there be an alto and tenor version of the doubled pieces (to represent King's Knight for example)?

But first things first…if it sounded awful, there wouldn't be much point (or fun) in continuing! So we tested the first ten moves of the Game of the Century, Donald Byrne vs. Bobby Fischer (notes only, no separate instrumentation).

which is a translation (mostly) of this: